File for divorce online in 1 hour or less with our court approved Florida divorce papers. 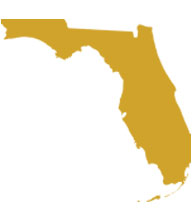 Download completed Florida divorce forms based upon the answers you provide in the online interview. We provide Florida State Approved downloadable Florida divorce kits, complete with divorce instructions, to allow you to obtain a divorce in Florida. Download your uncontested or no fault Florida divorce papers and eliminate any divorce attorney. Click the Start Now button and begin your online divorce today.

Divorce Residency Essentials to Get Divorce in Florida

Reasons for Divorce in Florida

There are mainly two reasons of divorce in Florida that is fault and general.  In order to file for divorce in Florida, the proper grounds must be established.  Both spouses are involved in establishing these grounds, and both must substantiate and agree upon these, unless the divorcing spouse is trying to prove otherwise to the court.

No-fault reasons for divorce in Florida include:

General reasons for divorce in Florida include:

Custody of the Children in Florida

Joint or sole custody may be granted to either or both parents. The state of Florida defines joint custody as “shared parental responsibility” and it is preferred over sole custody. Both parents are given equal consideration in any award of custody. Custody is granted according to the best interests of the child, based on the following factors:

Grandparents may be awarded visitation. Custody and visitation may not be denied based on the fact that a parent or grandparent may be infected with human immunodeficiency virus. [Florida Statutes Annotated; Chapter 61.13].

Marital misconduct is not specified as a factor. All retirement, pension, profit-sharing and insurance are considered.

There are also specific rules which govern whether a party is entitled to setoffs or credits upon the sale of the marital home, based on the following factors:

The court may grant rehabilitative or permanent alimony to either spouse in either lump-sum or periodic payments or both. Adultery is a factor in the award. Other factors which are considered are:

Alimony payments made be ordered to be paid through a state depository. [Florida Statutes An­notated; Chapter 61.08].

Health insurance for the child and life insurance covering the life of the parent ordered to pay support may be required by the court. Child support payments may be ordered to be paid through a state depository. [Florida Statutes Annotated; Chapters 61.13 and 61.30].