File for divorce online in 1 hour or less with our court approved Kentucky divorce papers. 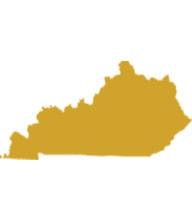 Download completed Kentucky divorce forms based upon the answers you provide in the online interview. We provide Kentucky State Approved downloadable Kentucky divorce kits, complete with divorce instructions, to allow you to obtain a divorce in Kentucky. Download your uncontested or no fault Kentucky divorce papers and eliminate any divorce attorney. Click the Start Now button and begin your online divorce today.

Divorce Residency Essentials to Get Divorce in Kentucky

Reasons for Divorce in Kentucky

In order to file for divorce in Kentucky, the proper grounds must be established.  Both spouses are involved in establishing these grounds, and both must substantiate and agree upon these, unless the divorcing spouse is trying to prove otherwise to the court.

The only acceptable reason for divorce in Kentucky is:

Custody of the Children in Kentucky

The court may award sole or joint custody, giving equal consideration to either spouse. Custody is awarded based on the best interests of the child and on the following factors:

Kentucky is an “equitable distribution” state. The spouses are allowed to keep their separate property (property acquired before the marriage and any gifts or inheritances). All other property (their marital property) is divided, without regard to any marital misconduct, in just proportions, based on the following factors:

Either spouse may be awarded maintenance if:

Marital fault is not a factor to be considered. The award is then based on the following factors:

Either or both parents may be ordered to provide a reasonable amount of child support, without regard to any marital misconduct, and based on the official Child Support Guidelines which are contained in the statute. These guidelines are presumed to be correct, but may be adjusted based on the following considerations:

In addition, the court may order a parent to provide health care insurance coverage for the child. [Kentucky Revised Statutes; Title XXXV, Chapter 403, Section .210 to .212].

If one spouse disagrees that the marriage is irretrievably broken, the court may delay the dissolution of marriage proceedings for 60 days and suggest the spouses seek counseling. In addition, at a spouse’s request or on the court’s own initiative, a conciliation conference may be ordered by the court. [Kentucky Revised Statutes; Title XXXV, Chapter 403, Section .170].