File for divorce online in 1 hour or less with our court approved Maryland divorce papers. 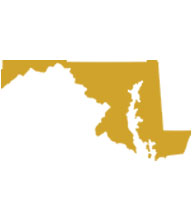 Download completed Marylande divorce forms based upon the answers you provide in the online interview. We provide Maryland State Approved downloadable Maryland divorce kits, complete with divorce instructions, to allow you to obtain a divorce in Maryland. Download your uncontested or no fault Maryland divorce papers and eliminate any divorce attorney. Click the Start Now button and begin your online divorce today.

Divorce Residency Essentials to Get Divorce in Maryland

If the grounds for divorce occurred outside of Maryland, one of the spouses must have lived in Maryland for at least one year prior to filing for divorce. Otherwise, either spouse may file for divorce in Maryland. If insanity is the grounds for divorce, the residency requirement is increased to two years. The divorce may be filed for in a county where either spouse resides. [Annotated Code of Maryland; Family Law, Section 7-101, 7-103 and Maryland Rules, Rule 9-201].

Reasons for Divorce in Maryland

There are mainly two reasons of divorce in Maryland those are fault and general.  In order to file for divorce in Maryland, the proper grounds must be established.  Both spouses are involved in establishing these grounds, and both must substantiate and agree upon these, unless the divorcing spouse is trying to prove otherwise to the court.

No-fault reasons for divorce in Maryland include:

General reasons for divorce in Maryland include, in the case of a covenant marriage:

Custody of the Children in Maryland

Joint or sole custody may be awarded to either or both parents, based on the best interests of the child. Custody may be denied if the child has been abused by the parent seeking custody. There are no other factors for consideration set out in the statute. The court shall attempt to allow the child to live in the environment and community that is familiar to the child and will generally allow the use and posses­sion of the family home by the person with custody of the child(ren). [Annotated Code of Maryland; Family Law, Sections 5-203, 8-207, 8-208, and 9-101 and Maryland Case Law].

Maryland is an “equitable distribution” state. The spouses retain their separate property, including:

The following factors are considered:

Either spouse may be awarded alimony based on the following factors:

Child support may be awarded. There are specific child support guidelines and charts supplied in the statute. There is a presumption that the amount shown for support in the guidelines is correct. However, the amount may be adjusted up or down if it is shown to be inappropriate or unjust under the circumstances of the case. In determining whether the amount would be unjust, the court may consider:

The family home may be awarded to the parent who has custody of a child to enable the child to continue to live in the environment and community that is familiar to the child. A grandparent may be financially responsible for their grandchild if the parent is an unemancipated minor. An official child support worksheet is in Rule 9-206.[Annotated Code of Maryland; Family Law, Sections 8-206, 12-101, 12-201, 12-202, 12-203, and 12-204 and Maryland Rules; Rule 9-206 (Child Support Guidelines)].

Maryland specifically declares that it is in the best interests of children that there be mediated resolutions of parental disputes regarding custody. A court may order an educational seminar if children are involved. In cases where the custody of a child is in dispute, the court may order the parents to attempt to mediate that issue, unless there is a history of physical or sexual abuse of the child. [Maryland Rules, Rule 9-205].