File for divorce online in 1 hour or less with our court approved Minnesota divorce papers. 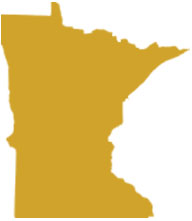 Download completed Minnesota divorce forms based upon the answers you provide in the online interview. We provide Minnesota State Approved downloadable Minnesota divorce kits, complete with divorce instructions, to allow you to obtain a divorce in Minnesota. Download your uncontested or no fault Minnesota divorce papers and eliminate any divorce attorney. Click the Start Now button and begin your online divorce today.

Divorce Residency Essentials to Get Divorce in Minnesota

Reasons for Divorce in Minnesota

There are mainly two reasons of divorce in Minnesota those are fault and general.  In order to file for divorce in Minnesota, the proper grounds must be established.  Both spouses are involved in establishing these grounds, and both must substantiate and agree upon these, unless the divorcing spouse is trying to prove otherwise to the court.

No-fault reasons for divorce in Minnesota include:

General reasons for divorce in Minnesota include:

Custody of the Children in Minnesota

Joint or sole custody may be awarded. Sole custody will be awarded based on the best interests of the child and the following:

The primary caretaker factor is not a presumption in favor of the primary caretaker, but is only one factor in the decision. If both parents request joint custody, there is a presumption that such an arrangement will be in the best interests of the child, unless there has been any spousal abuse. If there has been any history of spousal abuse, there is a presumption that joint custody is not in the best interests of the child. Joint custody will be based on a consideration of the above factors and the following:

If both parents seek custody of a child who is too young to express a preference, the “primary caretaker” is to be awarded custody. [Minnesota Statutes Annotated; Chapter 518.17 and Minnesota Case Law].

Minnesota is an “equitable distribution” state. Each spouse retains his or her non-marital (separate) property, consisting of:

All other marital property, including any pension and retirement plans, is divided, without regard to fault, after a consideration of the following factors:

Either spouse may be awarded maintenance, without regard to marital fault, if the spouse seeking maintenance:

If the spouse receives public aid, the payments are to be made through the public aid agency. [Minnesota Statutes Annotated; Chapters 518.551 and 518.552].

In determining child support, the following factors are considered:

Misconduct of a parent in the marriage is not to be considered. If the parent to receive the support payments is receiving or has applied for public aid, the support payments must be made to the public agency responsible for child support enforcement in Minnesota. There are official child support guidelines contained in Minnesota Statutes Annotated; Chapter 518.551. [Minnesota Statutes Annotated; Chapters 518.551].

Mediation may be ordered in cases in which the custody of children is contested, unless there is a history of spousal abuse or physical or sexual child abuse. [Minnesota Statutes Annotated; Chapter 518.619].