File for divorce online in 1 hour or less with our court approved Missouri divorce papers. 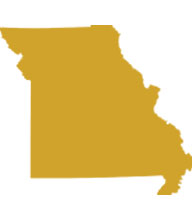 Download completed Missouri divorce forms based upon the answers you provide in the online interview. We provide Missouri State Approved downloadable Missouri divorce kits, complete with divorce instructions, to allow you to obtain a divorce in Missouri. Download your uncontested or no fault Missouri divorce papers and eliminate any divorce attorney. Click the Start Now button and begin your online divorce today.

Divorce Residency Essentials to Get Divorce in Missouri

Reasons for Divorce in Missouri

Irretrievable breakdown of the mar­riage and no reasonable likelihood that the marriage can be preserved. [Annotated Missouri Statutes; Title 30, Chapter 452, Section 305].

Custody of the Children in Missouri

Joint or sole custody is awarded based on the best interests of the child and upon con-sideration of the following factors:

Domestic violence against a child is a bar to custody. No preference is to be given because of parent’s sex, age, or financial status, or the child’s age or sex. There is now a legislative encouragement of joint custody or ar­rangements which will encourage the parents to both share in the decision-making responsibility of caring for the child. An award of joint custody must include a joint custody plan. A parent not granted custody is entitled to reasonable visitation. [Annotated Missouri Statutes; Title 30, Chapter 452, Sections 375 and 400 and Missouri Case Law].

Either spouse may be awarded maintenance if that spouse can show:

The following factors are considered:

The court may order the payments to be made through the circuit clerk. [Annotated Missouri Statutes; Title 30, Chapter 452, Sections 335 and 345].

Either or both parents may be ordered to provide child support. Marital misconduct is not to be considered as a factor. The following factors are considered:

A parent may be required to provide health insurance coverage for any children if such coverage is available at a reasonable cost from an employer, union, or other organization. There are official child support guidelines contained in the statute which are presumed to be correct unless shown to be unjust or inappropriate under the particular circumstances of the case. The court may order the payments to be made through the circuit clerk. [Annotated Missouri Statutes; Title 30, Chapter 452, Sections 340 and 345].

The court can delay a divorce proceeding for 30 to 180 days and suggest that the spouses seek counseling. [Annotated Missouri Statutes; Title 30, Chapter 452, Section 320].

In the State of Missouri, our service consists of access to our on line system to ultimately create a Marital Settlement Agreement ("MSA") in exchange for a pre determined fee. Should you elect to pay us said fee to create a MSA, then as a courtesy for you (at no fee) we will prepare the uncontested divorce forms utilizing the self help website established by the State of Missouri for those people filing for divorce in Missouri on an in pro per basis.