File for divorce online in 1 hour or less with our court approved North Dakota divorce papers. 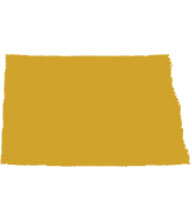 Divorce Residency Essentials to Get Divorce in North Dakota

Reasons for Divorce in North Dakota

There are mainly two reasons of divorce in North Dakota those are fault and general.  In order to file for divorce in North Dakota, the proper grounds must be established.  Both spouses are involved in establishing these grounds, and both must substantiate and agree upon these, unless the divorcing spouse is trying to prove otherwise to the court.

No-fault reasons for divorce in North Dakota include:

General reasons for divorce in North Dakota include:

Custody of the Children in North Dakota

Child custody is awarded according to the best interests and welfare of the child, and based on the following factors:

Any evidence of child or spouse abuse or domestic violence creates a presumption that custody or visitation with that parent would not be in the best interests of the child. If there is any evidence of sexual abuse of a child, the court is required to prohibit any visitation or contact with that parent unless the parent has completed counseling and the court determines that supervised visitation is in the best interests of the child. Both parents are considered to be equally entitled to custody of a child. [North Dakota Century Code; Volume 3A, Chapters 14-05-22, 14-09-06, 14-09-06.1, and 14-09-06.2].

North Dakota is an “equitable distribution” state. All of the spouse’s property, including gifts, inheritances, and any acquired prior to the marriage, will be equitably distributed as the court feels is just and proper. There are no factors for consideration specified in the statute. [North Dakota Century Code; Volume 3A, Chapter 14-05-24].

Either spouse may be required to make allowances for the support of the other spouse for his or her entire life or a shorter period. All of the circumstances of the situation, including any marital fault, may be considered. There are no other specific factors for consideration set out in the statute. [North Dakota Century Code; Volume 3A, Chapter 14-05-24].

Either parent may be ordered to pay child support. The amount awarded will be based on a consideration of the following factors:

There are specific child support guidelines that the court will consider which have been prepared by the North Dakota Department of Human Services. Child support payments are required to be paid through the state disbursement office. All child support orders will be reviewed every three years, unless neither parent requests such a review. [North Dakota Century Code; Volume 3A, Chapters 14-09-08, 14-09-08.1, 14-09-08.4, and 14-09-09.7].

In an action for divorce or legal separation where child support or child custody is an issue, the court may order the parents to submit to mediation, unless there has been physical or sexual abuse of a spouse or child. [North Dakota Century Code; Volume 3A, Chapter 14-09.1-02].