File for divorce online in 1 hour or less with our court approved Ohio divorce papers. 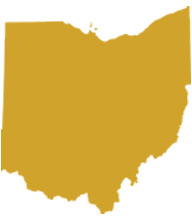 Download completed Ohio divorce forms based upon the answers you provide in the online interview. We provide Ohio State Approved downloadable Ohio divorce kits, complete with divorce instructions, to allow you to obtain a divorce in Ohio . Download your uncontested or no fault Ohio divorce papers and eliminate any divorce attorney. Click the Start Now button and begin your online divorce today.

To file for divorce in Ohio you must have been a resident for at least 6 month prior to filing.  Additionally you must have been a resident of the county in which you file for at least 90 days preceding the filing of the divorce. All members of the military who are residents of Ohio can file for divorce in the state, even if they were stationed outside of Ohio.

Reasons for Divorce in Ohio

No-fault reasons for divorce in Ohio include:

The reasons for "General" divorce include:

Custody of the Children in Ohio

Ohio does not require a parenting plan for child custody. Child custody in Ohio is determined and granted to either parent based on: .

The court will make a child custody decision for a divorce in Ohio, based on the following points:

Either or both parents may pay child support.  Marital misconduct is not considered in this award. Health care insurance may be ordered for the child. Child support payments may be paid through the state child support agency. There are official guidelines that are presumed to be correct unless the amount of the support award would be unjust or inappropriate given the circumstances.

Factors which may be considered in adjusting a child support amount are:

Ohio is an “equitable distribution” state, and allows each spouse to retain his or her separate property, gifts, inheritances, personal property acquired before the marriage, income; or appreciation of separate property, and individual personal injury awards.

An equitable division of all of the spouses' marital property is allowed based on:

The division of the marital property will be equal, unless such a division would be inequitable. Marital fault is not a consideration. The amount of spousal support is not considered in property division.

Spousal support is handled case-by-case, and spousal support can be temporary, permanent, or not awarded at all.  This is determined by either an agreement between the spouses, or at the court's discretion.

Either spouse may be awarded reasonable spousal support, in lump sum or in periodic payments, based on: