File for divorce online in 1 hour or less with our court approved Oregon divorce papers. 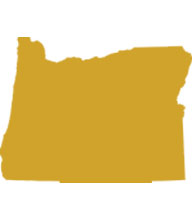 Download completed Oregon divorce forms based upon the answers you provide in the online interview. We provide Oregon State Approved downloadable Oregon divorce kits, complete with divorce instructions, to allow you to obtain a divorce in Oregon. Download your uncontested or no fault Oregon divorce papers and eliminate any divorce attorney. Click the Start Now button and begin your online divorce today.

Divorce Residency Essentials to Get Divorce in Oregon

If the marriage was not performed in Oregon, one of the spouses must have been a resident of Oregon for six months immediately prior to filing. If the marriage was performed in Oregon and either of the spouses is a resident at the time of filing, there is no durational residency requirement. The dissolution of marriage may be filed in a county where either spouse resides. There is a 90-day waiting period before a hearing will be scheduled which begins after the respondent has been served with papers or the publication of the summons. An affidavit signed by both parties will waive the waiting period. [Oregon Revised Statutes; Volume 2, Sections 107.065, and 107.075].

Reasons for Divorce in Oregon

There are mainly two reasons of divorce in Oregon those are fault and general.In order to file for divorce in Oregon, the proper grounds must be established. Both spouses are involved in establishing these grounds, and both must substantiate and agree upon these, unless the divorcing spouse is trying to prove otherwise to the court.

No-fault grounds are fora dissolution of the marriage, and in Oregon,include:

Misconduct of the spouses will only be considered when child custody is an issue. [Oregon Revised Statutes; Volume 2, Section 107.015].

Custody of the Children in Oregon

Joint custody, joint responsibility for the child, and extensive contact between the child and both parents is encouraged. Parents must provide a parenting plan. Joint or sole custody is determined based on the best interests of the child and the following factors:

The conduct, income, social envi­ronment, and lifestyle of the proposed guardian is to be considered only if it is shown to cause emotional or physical damage to the child. No preference is to be given because of parent’s sex. Final judgment must include insurance health benefits and mandatory statement. The court will not order joint custody unless both parents agree to the terms of the custody. [Oregon Revised Statutes; Volume 2, Sections 107.102, 107.105, 107.106, 107.137, and 107.169.]

Oregon is an “equitable distribution” state. All of the spouses’ property is sub­ject to division by the court, including any gifts, inheritances, and property acquired prior to the marriage. Regardless of whether the property is held jointly or individually, there is a presumption that the spouses contributed equally to the acquisition of any property, unless shown otherwise. All property will be divided, without regard to any fault of the spouses, based on the following factors:

Each type of support has different factors that are to be considered.

The factors for consideration are:

The court may order the spouse to pay the support to carry life insurance with the other spouse as beneficiary. In addition, a spouse may have a right to continued health insurance coverage under the other spouse’s policy. [Oregon Revised Statutes; Volume 2, Sections 107.036, 107.105, 107.412, and 743.600].

Either parent may be ordered to pay child support, based on the following factors:

Either spouse or the court may delay the dissolution of marriage proceedings for 45 days while a reconciliation or settlement is attempted. In addition, if child custody or child support issues are contested, the court will refer the parents to mediation for up to 90 days. [Oregon Revised Statutes; Volume 2, Sections 107.179, 107.540, and 107.550].