File for divorce online in 1 hour or less with our court approved Pennsylvania divorce papers. 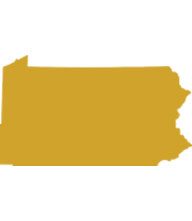 Divorce Residency Essentials to Get Divorce in Pennsylvania

Either spouse must have been a resident of Pennsylvania for at least six months before filing.  [Pennsylvania Consolidated Statutes Annotated; Title 23, Section 3104.] The divorce may be filed in a county where:

The plaintiff resides, if the defendant does not live in Pennsylvania;

The marriage home was, if the plaintiff continuously resided in the same county;

Prior to six months after separation, and if the defendant agrees, the plaintiff resides;

Reasons for Divorce in Pennsylvania

There are mainly two reasons of divorce in Pennsylvania those are fault and general.In order to file for divorce in Pennsylvania, the proper grounds must be established. Both spouses are involved in establishing these grounds, and both must substantiate and agree upon these, unless the divorcing spouse is trying to prove otherwise to the court.

No-fault grounds are fora dissolution of the marriage, and in Pennsylvania,include:

Irretrievable breakdown of the marriage with the spouses living separate and apart without cohabitation for two year; or

Irretrievable breakdown of the marriage and the spouses have both filed affidavits that they consent to the divorce.

In the case of no-fault ground:

The court may delay the case for 90 to 120 days if it appears that there is a reasonable chance for reconciliation; and

90 days must elapse after the filing for divorce before the court will grant a divorce. [Pennsylvania Consolidated Statutes Annotated; Title 23, Section 3301].

General reasons fordivorce in Pennsylvania include:

Imprisonment for two or more years;

Confinement for incurable insan­ity for 18 months;

Willful desertion for one year;

Cruel and inhuman treatment endangering the life of the spouse; and

Custody of the Children in Pennsylvania

Joint (shared) or sole custody may be awarded based on the best interests of the child and upon a consideration of the following factors:

Which parent is more likely to encourage, permit, and allow frequent and continuing contact, including physical access between the other parent and the child;

Whether either parent has engaged in any violent, criminally sexual, abusive, or harassing behavior;

The preference of the child; and

Any factor that affects the child’s physical, intellectual, or emotional well-being.

Both parents may be required to attend counseling sessions regarding child custody. The recommendations of the counselor may be used in determining child custody. In shared custody situations, the court may also require the parents to submit a written plan for child custody to the court. [Pennsylvania Consolidated Statutes Annotated, Title 23, Sections 5302, 5303, 5304, and 5305].

Pennsylvania is an “equitable distribution” state. Separate property that is:

Acquired prior to the marriage;

Acquired in exchange for any separate property;

Any gifts and in­heritances; and

Any property designated as separate in a valid agreement between the spouses, will be retained by the spouse owning it.

All other marital property will be divided equitably, without regard to any marital misconduct, based on the following factors:

The age and health of the spouses;

The value of each spouse’s property;

The economic circumstances of each spouse at the time the division of property is to become effective;

The length of the marriage;

The tax consequences to each spouse;

The occupation of the spouses;

The amount and sources of income of the spouses, including retirement and any other benefits;

The employability of the spouses;

The liabilities and needs of each spouse and the opportunity of each for further acquisition of capital assets and income;

Whether a spouse will have custody of any minor children;

Any contributions toward the education, training, or increased earning power of the other spouse;

Any prior marital obligations; and

Any other factor necessary to do equity and justice between the spouses.

The court may require a spouse to purchase or maintain life insurance and name the other spouse as beneficiary. Both spouses will be required to submit an inventory and appraisal of their property. [Pennsylvania Consolidated Statutes Annotated; Title 23, Sections 3501, 3502, and 3505].

Alimony may be awarded to either spouse if necessary. In determining the alimony award, the following factors are considered:

Whether the spouse seeking alimony lacks sufficient property to provide for his or her own needs;

Whether the spouse is unable to be self-supporting through appropriate employment;

Whether the spouse seeking alimony is the custodian of a child;

The time necessary to acquire sufficient education and training to enable the spouse to find ap­propriate employment and that spouse’s future earning capacity;

The duration of the marriage;

The financial resources of the spouse seeking alimony, including marital property apportioned to such spouse and such spouse’s separate property;

The comparative financial resources of the spouses;

The needs and obligations of each spouse;

The contribution of each spouse to the marriage, including services rendered in homemaking;

The age of the spouses;

The physical, mental, and emotional conditions of the spouses;

The probable duration of the need of the spouse seeking support and alimony;

The educational level of each spouse at the time of the marriage and the time necessary for the spouse to acquire sufficient education to find ap­propriate employment;

The contribution by one spouse to the education, training, or increased earning power of the other;

The spouse’s sources of income, including medical, insurance, retirement benefits, inheritances, assets, and liabilities, and any property brought into the marriage by either spouse;

Any marital misconduct; and

Any other factor the court deems just and equitable.

There are official spousal support guidelines now in use in Pennsylvania and these are presumed to be correct unless there is a show­ing that the amount would be unjust or inappropriate under the particular circumstances of a case. Alimony payments may be ordered to be paid through the Domestic Relations Section of the court. [Pennsylvania Consolidated Statutes Annotated; Title 23, Sections 3701, 3702, 3704, and 3706].

Either or both parents may be ordered to provide child support according to their ability to pay. The factors for consideration set out by statute are:

The net income of the parents;

The earning capacity of the parents;

The assets of the parents;

Any unusual needs of the child or the parents; and

If the court determines that there is a reasonable prospect for reconciliation, it may order the spouses to seek counseling for a period of between 90 and 120 days. Upon the request of one of the spouses, three counseling sessions may be required. If no reconciliation is reached and one of the spouses states that the marriage is irretrievably broken, a divorce may be granted. Counseling sessions may also be ordered by the court in conjunction with child custody and are mandatory if a parent has been convicted of a violent or abusive crime. [Pennsylvania Consolidated Statutes Annotated; Title 23, Sections 3302 and 5303].