File for divorce online in 1 hour or less with our court approved Tennessee divorce papers. 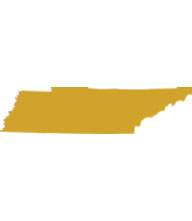 Download completed Tennessee divorce forms based upon the answers you provide in the online interview. We provide Tennessee State Approved downloadable Tennessee divorce kits, complete with divorce instructions, to allow you to obtain a divorce in Tennessee. Download your uncontested or no fault Tennessee divorce papers and eliminate any divorce attorney. Click the Start Now button and begin your online divorce today.

Divorce Residency Essentials to Get Divorce in Tennessee

Reasons for Divorce in Tennessee

There are mainly two reasons of divorce in Tennessee those are fault and general.In order to file for divorce in Tennessee, the proper grounds must be established. Both spouses are involved in establishing these grounds, and both must substantiate and agree upon these, unless the divorcing spouse is trying to prove otherwise to the court.

No-fault grounds for a divorce in Tennesseeinclude:

Custody of the Children in Tennessee

The court may prefer to award the marital home and goods to the spouse with physical custody. The marital property, including:

Either or both of the parents may be ordered to provide child support. The court may require that health insurance coverage be provided for the child or that the spouse to who is to pay the sup­port maintain a life insurance policy for the benefit of the child. The court can require that the child support payments be paid through the clerk of the court. The posting of bond, wage assignments, and wage with­holding may also be ordered. There are official child support guidelines in the Rules of Tennessee Dept. of Human Services, Child Support Division, Chapter 1240-2-4 which are presumed to be correct unless there is a showing that the amount would be unjust or inappropriate under the particular circumstances of the case. Standardized forms for determining child support are also available. [Tennessee Code Annotated; Vol­ume 6A, Title 36, Sections 36-5-101 and 36-5-501 and Tennessee Court Rules Annotated, Supreme Court Rules; Tennessee Uniform Administrative Rules Act, Title 4, Chapter 5; Rules of Tennessee Dept. of Human Services, Child Support Division, Chapter 1240-2-4].

Upon request, the court may delay a divorce proceeding to allow an attempt at reconciliation. In addition, in those cases which involve child custody considerations, the court may order either or both parents to an educational seminar concerning the effects of divorce on children. [Tennessee Code Annotated; Volume 6A, Title 36, Sections 36-4-126, 36-4-130, and 36-6-101].

The divorce documents relied on by My Divorce Papers are available to Tennessee consumers at no cost by the Administrative Office of the Courts at 511 Union Street Nashville City Center, Suite 600 Nashville, TN 37219 800-448-7970.  You can access these forms by visiting Tennessee Courts homepage.  You are NOT required to purchase anything from My Divorce Papers and the services offered are NOT affiliated, endorsed, or approved by any governmental entity and this offer is NOT being made by an agency of the government.