File for divorce online in 1 hour or less with our court approved Utah divorce papers. 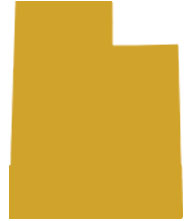 Download completed Utah divorce forms based upon the answers you provide in the online interview. We provide Utah State Approved downloadable Utah divorce kits, complete with divorce instructions, to allow you to obtain a divorce in Utah. Download your uncontested or no fault Utah divorce papers and eliminate any divorce attorney. Click the Start Now button and begin your online divorce today.

Divorce Residency Essentials to Get Divorce in Utah

The spouse filing for divorce must have been a resi­dent of Utah (or a member of the Armed Forces stationed in Utah) and a resident for more than three months immediately prior to filing of the county where the divorce is filed. In addition, there is a 90-day waiting period after filing before a divorce will be granted. [Utah Code Annotated; Sections 30-3-1 and 30-3-18].

Reasons for Divorce in Utah

There are mainly two reasons of divorce in Utah those are fault and general.In order to file for divorce in Utah, the proper grounds must be established. Both spouses are involved in establishing these grounds, and both must substantiate and agree upon these, unless the divorcing spouse is trying to prove otherwise to the court.

No-fault grounds for a divorce in Utahinclude:

Custody of the Children in Utah

Joint or sole child custody is determined according to the best interests of the child and after a consideration of the following factors:

If there is an allegation of child abuse by either spouse, the court must order an investigation by the Division of Family Services or the Utah Department of Human Services.

Joint custody may be ordered if:

Utah is an “equitable distribution” state. All of the spouse’s property, includ­ing gifts, inheritances, and any property acquired prior to or during the marriage, will be divided equitably by the court. There are no factors for consideration specified in the statute. [Utah Code Annotated; Sections 30-3-5 and 30-3-12].

Either spouse may be ordered to pay an equitable amount of alimony to the other. The following factors are to be considered:

In general, the court will not award alimony for a period longer than the marriage existed. Alimony terminates upon remarriage or cohabitation with another person. [Utah Code Annotated; Sections 30-3-3 and 30-3-5].

Either or both parents may be ordered to provide child support, including medical and dental expenses and health insurance. The court may also order the non-custodial parent to provide daycare and childcare expenses while the custodial parent is at work or undergoing training. Income withholding may be ordered by a court to guarantee any child support payments. There are official Child Support Guidelines. These guidelines are presumed to be correct unless there is a showing that the amount would be unjust or inappropriate under the particular circumstances in a case. Factors for consideration in awarding support amounts outside the guidelines are:

There is a 90-day waiting period after filing for divorce before any hearing may be held. Upon the request of either or both of the spouses (shown by filing a Petition for Conciliation with the court), the court may refer both of the spouses to a domestic relations counselor. If child custody is involved, both parents must attend a course in the effects of divorce on children. This requirement may be waived if the court determines that it is unnecessary. [Utah Code Annotated; Sections 30-3-4, 30-3-11.5, 30-3-16.2, and 30-3-18].

In the State of Utah, our service consists of access to our on line system to ultimately create a Marital Settlement Agreement ("MSA") in exchange for a pre determined fee. Should you elect to pay us said fee to create a MSA, then as a courtesy for you (at no fee) we will prepare the uncontested divorce forms utilizing the self help website established by the State of Utahfor those people filing for divorce in Utah on an in pro per basis.  Furthermore, please note that the State of Utah will charge you a $20.00 fee at the time of filing of completed your divorce forms.