File for divorce online in 1 hour or less with our court approved Washington DC divorce papers. 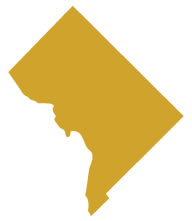 Regardless of your reasons for seeking divorce, you are not done yet. You have to continue taking action by filling out the forms you have purchased and filing them with the appropriate court. The District of Columbia has its own conditions and requirements for divorce, and following the instructions that we provide you to file for divorce in the District of Columbia is essential. Once you do that, though, you will be that much closer to being able to resume living your life unhindered.

Divorce residency essentials to get divorce in District of Columbia

One of the spouses must have been a resident of Washington D.C. for six months immediately prior to filing for divorce. Military personnel are considered residents if they have been stationed in Washington D.C. for 6 months. [District of Columbia Code Anno¬tated; Title 16, Chapter 9, Section 902].

Reasons for divorce in District of Columbia

In order to file for divorce in Washington, DC, the proper grounds must be established. Both spouses are involved in establishing these grounds, and both must substantiate and agree upon these, unless the divorcing spouse is trying to prove otherwise to the court.

The District of Columbia only recognizes the following for as valid grounds for divorce:

Custody of the children in District of Columbia

A court in District of Columbia grants the custody of the children upon divorce. The child custody can be granted to either parent on the following grounds.

Upon divorce, court make child custody decision for a divorce in District of Columbia, court may consider the following points:

The conduct of the spouses during the marriage is not a factor for consideration.  [District of Columbia Code Annotated; Title 16, Chapter 9, Section 910].

The court may order either or both spouses to attend parenting classes in those cases in which child custody is an issue. [District of Columbia Code Annotated; Title 16, Chapter 9, Section 914].