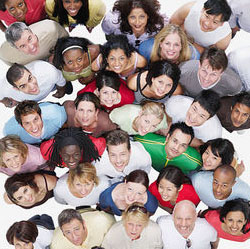 According to a recent article from CNN contributor Pepper Schwartz, there is a pronounced difference in the number of Baby Boomers and younger generations when it comes to filing divorce papers.

Citing data from the New York Times, Schwartz said the overall divorce rate had fallen from 50 percent to 40 percent in the past several years. Meanwhile, the older generation of boomers has experienced a better than 50 percent surge in the amount of so-called “gray divorce.”

Speculating as to whether younger generations will wait late in life to file for divorce, Schwartz predicted that they would not, and that the Boomer experience is significant to that generation. In a nutshell, here are the reasons why.

Schwartz says that younger generations are more sober about marriage than boomers were at the same ages. “They’ve seen what high divorce rates felt like when their parents split up — and many of them desperately want to avoid that kind of emotional carnage for their children or for themselves,” Schwartz said, adding that a Pew Research study on social and demographic trends found that “when it comes to divorce, the baby boomers are less conservative than younger generations: 66% say divorce is preferable to staying in an unhappy marriage, compared with 54% of younger adults who say so.”

Schwartz also believes that the fact younger generations are waiting longer to marry shows that they are more sure of selecting a partner they can depend on for a lifelong commitment. “The average age for college-educated men and women is in their late 20s,” Schwartz explains. “They are more mature, already gaining or losing traction in their chosen work or career, and potential partners can better gauge them as a marriage prospect.”

“Finally,” Schwartz added, “they have been out of school longer, most of them have lived with someone one or more times, and they know more about the world and relationships.”

A third reason why Schwartz believes that younger generations will continue to hold the line on marriage: they’ve experienced a bad economy during their formative years. “Their parents (Boomers) grew up in a lush financial period, but they did not. Young couples are more like their grandparents or great grandparents: aware of the need to pull together for economic security.”

Schwartz continued: “While not all boomers prospered during the hot economy that attended most of their adult years, they didn’t start out being careful about the economic consequences of divorce in the way that their children — and their own parents — had to do.”

Here’s the full article from Schwartz. Well worth a read for the underlying reasons of the surge in divorce forms from Boomers.

One thought on “Boomers Vs. Younger Generations: Who Divorces More?”