What you need to know about child custody, child support, and spousal support when getting a divorce.

When a marriage dissolves, no issue is more important than the fate of the children, and despite the best efforts of the courts, sometimes parents pursue options that are more in their own self-interest than the child's best interest. Often, though, the courts are successful in finding the option that is best for the child, but it is a very involved process. This can include which parent would be best to have custody of the child, what the visitation rights are, or in some cases, whether a non-parent is able to gain custody over a parent if a parent is unfit to perform those duties.

It is vital to present all information to the courts--both that which can help your case, as well as harm it. usually, the courts choose a parenting plan based as close to what is currently in place as possible. Therefore, it is important for you to develop a parenting plan that you can present the judge, as the judge will typically assume that whatever is currently in play works to some degree, and therefore can be used as a jumping-off point for further development. The other assumption is that both parents already implicitly agree, at least in part, on what the plan consists of. When all communication has broken down, though, the courts are required to step in. 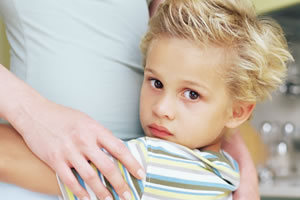 Usually, slight adjustments can come up, and generally, assuming they are not extraordinary requests, should be accommodated. The easiest way to go about these adjustments is through a mediator, and most of the time it is an easy, painless process in which everyone walks away happy. Often times, this is the fastest, easiest, and cheapest way to get the changes that need to be made.

Sometimes, psychological evaluations may be performed on either or both of the parents (or sometimes the children) to help the courts determine what the best course of action is. Obviously, the biggest issue is discovering or determining if there are any major emotional or psychological issues within the family. From there, the evaluator tries to determine what could be considered normal for that particular person, and only rarely does anyone fall outside the broad range of normalcy. From this, the evaluator will make his or her recommendation. This is generally formed using the last effective parenting strategy used, and the child's history up until then. Although the evaluators go to great lengths to minimize the disruption in the child's life, if there is a valid reason to do so, many psychologists will make that decision as they see fit.

Without an agreement to the suggestions made, the parents are at the mercy of what the courts decide regarding their child's parenting plan. However, all of this could be circumvented by first taking steps to establish a healthy and functional strategy ahead of time together.

When the fate of the child is decided, it then becomes time for the parents to focus on themselves and one another, and again, mediation is a great tool for that process. By default, most states assume that a parenting strategy is automatically in the best interest of the child, which is made easier still by certain states acknowledging that parents generally are the ones that know what's best for their child. When parents are unable to agree, though, court adjudication is typically required.

Child custody and child visitation issues can become a legal nightmare, made all the worse by doing anything to help maintain civility and respect between the two spouses, and usually, it is the child who suffers the most. Not surprisingly, then, the most states require that divorce proceedings first be attempted through the help of a mediator.

When parents cannot come to a reasonable conclusion regarding the best interests of their child, child litigation is usually the next step. There's a problem with that, though: most parents have lost the ability to be reasonable with one another at this point, making communication exceptionally difficult. To make matters worse, this very collapse in communication is usually what dissolves the marriage in the first place. These same, uncommunicative parents are then expected to change past habits regarding the future of their children, or else the custody and visitation questions will be made for them, rather than by them.

Mediation services are often provided by the court to those having difficulties regarding child custody and visiting rights. That said, private mediation is often the better option, and offers more flexibility for the parents to investigate problems if more time is needed as a result of the emotions either or both of the parents have. Lawyers are not permitted during the custody and visitation mediation when those services are provided by the Superior Court.